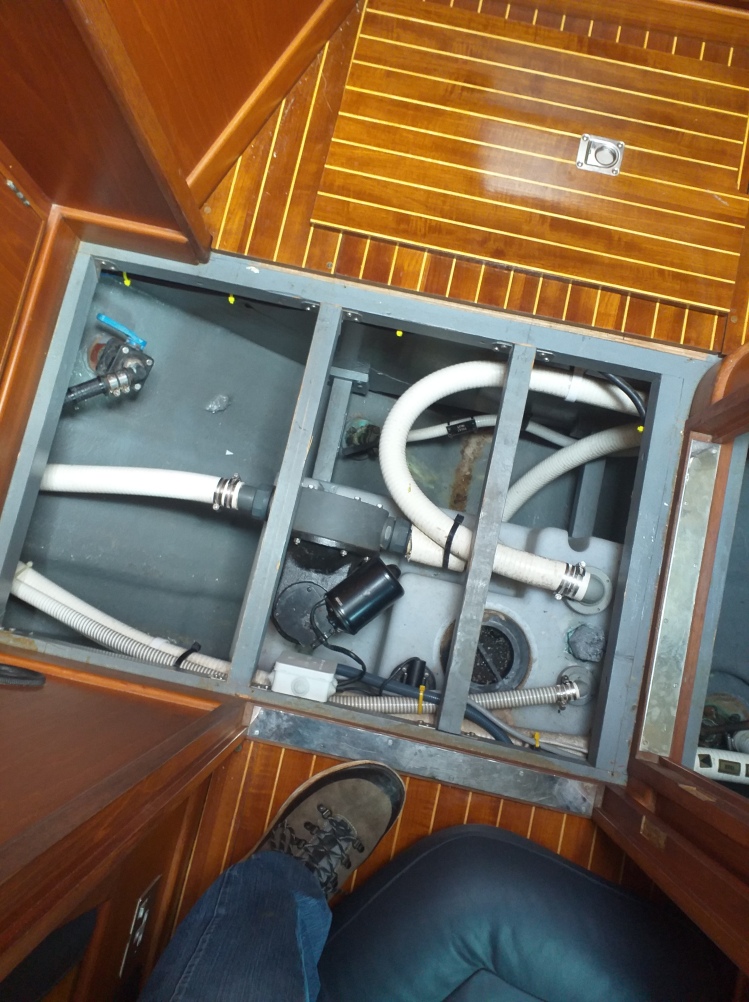 Another productive day at Sindur and things started well as I finally remembered the garden sheers to cut back the gorse bush that had literally been a thorn(s) in my side every time I climbed aboard.

First job was to tackle the other seized seacock. This one was the WC inlet. I removed one of the floor panels to make access easier. I then removed the hose and gave a squirt of WD40 into the valve. I applied some around the top too, once the bolts and plate were removed. All good good so far. After a while and with a gentle tap, the valve was free and came out easily. A faint smear of grinding paste, first coarse, then fine, and working of the action and all was good. I cleaned off the paste and applied some grease and re-assembled the cock. Easy. I then managed to knock the floor panel over and three of the four brass screws shot into the bilge beneath the holding tank! There they shall remain. Fox’s chandlery will have some more.

Time for lunch. The sun was shining and I was prepared to eat outside. M&S salad with a few extras thrown in. A quick photo for the blog, of my first meal aboard. A gust of wind came moments later and blew the bowl over. It literally was lunch on deck. I scraped about and got most of it back the bowl and enjoyed gritty prawns and tomatoes.

The fire extinguishers don’t seem to have been inspected since 2007, so I removed these and will drop them in Corby for servicing, if possible. Sindur has a very simple, single, automatic extinguisher in the engine bay  and two handheld powder extinguishers in the accommodation.

I hate gas aboard boats. It can be lethal, as it is denser than air, so if there is a leak, it settles in the belly of the boat  where electrics and batteries can cause sparks. Not a happy mix. Sindur has limited space and I am conscious of weighing her down, so the current gas installation is the best solution for cooking  for the time being. The surveyor identified that the gas hoses are way out of date  and consequently the insurance company would not insure her comprehensively until the hoses were renewed. So, a quick trip to Fox’s Chandlery (don’t forget three brass screws!) Was necessary, to fetch some new, compliant hose. Such a simple and critical job, for £6. Back to the boat with my shiny hose and 10 minutes later, all done.

I will just screw down the floor panel from earlier…….oh bugger, …forgot the screws!

A second trip to Fox’s, a packet of screws, a kettle for the now compliant stove, and a celebratory icecream, and the day was almost done. Last job was to swap the seals on each of the deck filler caps. Surprisingly  nothing went wrong with that!

So, more progress… slowly but surely. I am getting to know the boat well. She really is so simple compared to Kyra, which makes maintenance more enjoyable and less of a financial strain. I think I will still miss 60ft and 35 tons, pushing through a head sea, and probably the dishwasher, generator, aircon, two full heads and hydraulic stabilizers and thrusters…..but I won’t miss servicing any of it, or paying for it. Let’s hope what they say is true- the smaller the boat, the more fun you have! It wont be long before we find out… 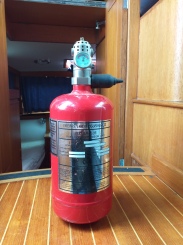 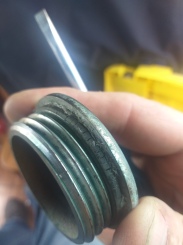 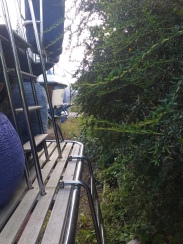 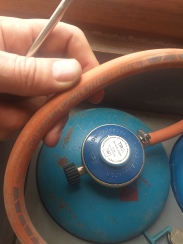 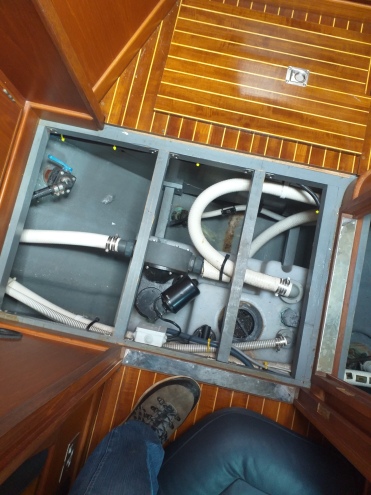 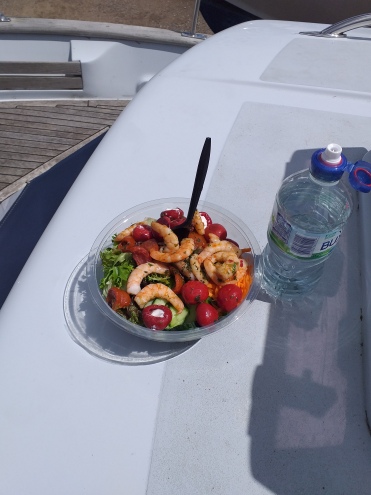 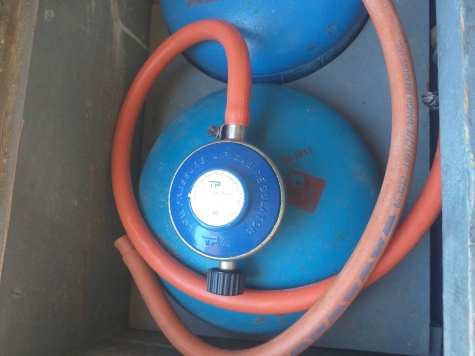 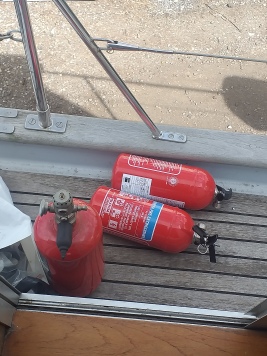